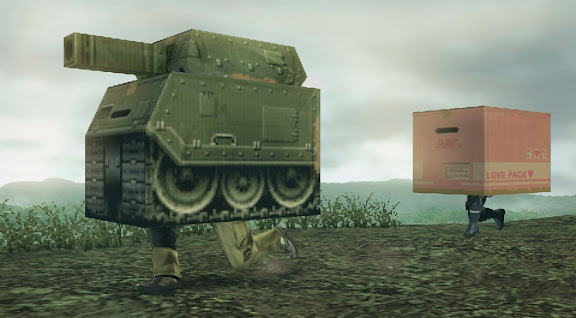 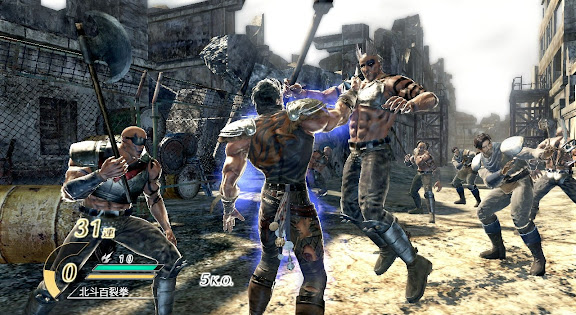 “Tell me what you’ve done with everyone’s shadows!”

Chatting with a friend today I found myself throwing a few site recommendations his way. These are all sites that I rarely visit but have subscribed to their RSS feed. If you’re someone who regularly checks a site or two for news updates then it’s very likely they publish their updates via RSS and instead of you doing the legwork and visiting their site you can let the site do the work and send their updates to your RSS reader of choice. I recommend Google Reader.

I’ve been a long-time fan of RSS and have amassed a worryingly large number of RSS feeds that Google Reader manages for me. Here’s a few:

Dilbert Daily Strip (site|rss)
A wry cartoon that anyone who has ever spent time in an office cubicle can relate to.

lolpedo.com (site|rss)
Featuring the ubiquitous mascot of the internet: Pedobear. Innocent images turned sinister and creepy and wrong with the addition of the aforementioned mammal. Images tend to be worksafe but the general tone is not safe for work.

Old Jews Telling Jokes (site|rss)
Does exactly what you expect it to. Updated infrequently but always worth the wait. A guranteed guffaw with every punchline. Latke-licious!

And that’s all for now. When reading a flood of news or serious commentary it’s always welcome to have a silly or humourous item suddenly pop up as the next headline. What brightens up your news reading? 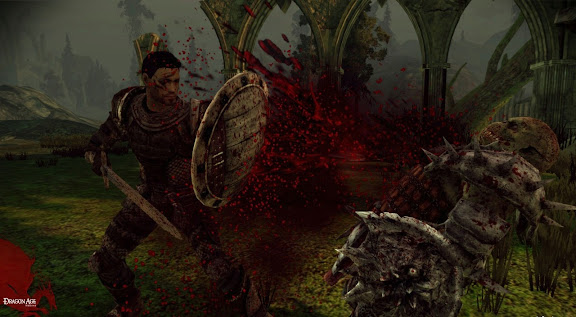 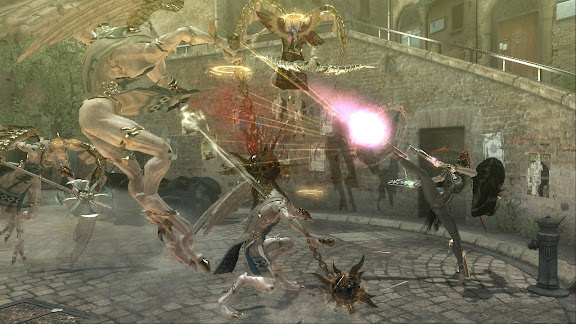 (Actually, this one is a little better!)

It looks like that same guy from the previous linked articles (here and here) is still running his mouth off crying about how PSPgo is bad for him and implying it is therefore bad for everybody.

I like how he implies that retailer-created hardware bundles are a real benefit to the consumer (when did you ever see these in-store bundles and NOT see them include some trash titles and/or some store-branded products forced onto you? When’s the last time you were able to buy a console ‘vanilla’ without any extras determined by the store?) and the inability for him to create such ‘beneficial’ bundles means he can’t discount the product. You can always discount the product. Don’t tell me you’re not making any margin on it Mr. Retailer. 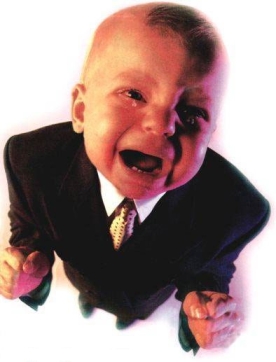 My first job was in an independent software retailer. This was back in the 8 and 16 bit days. I recall the mad rush for Xenon 2 on the day it came out. Yup, ancient history. I’m declaring this now to demonstrate that I’m perfectly able to empathise with retailers and am not adamantly standing on one side of an argument refusing to see another’s perspective.

I read with some interest the latest tantrum declared last week about FIFA ’10‘s pricing in supermarkets being roughly 50% off retail price at launch. Independent retailers were quick to vent their spleens about this ‘unfair’ practice and  added some melodramatic phrases such as ‘bully-boy tactics’ to spice things up.

Sure, supermarkets can exploit the loss-leader sales approach better than indies because they’ve more capital to work with and more varied stock to recoup those losses. Supermarkets are not competing with game retailers directly (once they do, you’ll be fucked and you’ll have even more to cry about). They’re going for the impulse purchase. Most of their customers are not visiting their store with the intent of buying games. Odds are they’re doing a grocery shop or are shopping for something that supermarkets devote 98% of their floor space to – not videogames. Whilst those customers are pushing that trolley around they may be tempted to grab a game too. They’re already in the store, that crucial battle has already been won. Now the supermarkets are there to eke out a little more revenue from the customer and also (and more significantly) bump up the importance of their market share in this area of trade.

So, indies, it’s not an attack on you specficially. It’s just capitalism and market forces. You know – the same stuff you exploit to turn a profit too. Supermarkets also tend to take a far stronger stand on 18-rated products such as videogames (to the point of refusing to stock them – hello Walmart) than indies. I’d like to see a survey of where adult games are purchased by minors and see the split between indies and supermarkets on that one. Maybe we should get a law in place to control some of that shit. Oh, wait. We already have. Still, there’s what’s legal and then there’s what’s profitable, right? Right.

Funnily enough, a little over a year ago there were reports of independent retailers (including the one quoted in that first article) merrily buying lots of their stock from off the shelves of the same supermarkets they now wish to regulate. Like with FIFA ’10, this was thanks to a supermarket price-war on high-profile games. The indies swooped in, bought as much stock as they could at cheaper prices than their own distributors were offering and then took that stock to their own store, marked up the price and put it onto their own shelves. Apparently, indies were favouring this practice by claiming they were ‘offering choice’ to the consumer. How much choice are you offering when you buy up all the cheap stock from one place to sell it at a higher price at another? It’s a questionable practice and an even more questionable motive than the one mentioned by the indies. Perhaps there should be a law against that too?

Seems to me that indies are more than happy for supermarkets to offer low prices when those indies can profit by them (with no consideration given to the consumer). But if they can’t profit then they go on a rampage and demand laws and regulations? How convenient.

These indies have had it good for a few years. They’ve exploited the market and, almost entirely through the sales of second hand games, stemmed the cash-flow so that less and less of it goes back up the chain to the people who actually make (and truly ‘own’) the games. Buying a box and paying for it once whilst selling it high, buying it low, reselling it high and buying it low again and again and again may sound like you’re doing punters a favour – but you’re fucking over the people that create the products that you sell. You’ve had it your way, but the industry knows full well what you’re up to in spite of your smirking pleas that you’re simply thinking of how best to serve the consumer.

Which is why the industry will devote more and more of its resources to eliminating the need for the retailer. The production costs and risks are too high to have a greedy, two-faced middle-man fiddle a way to exploit the process and prevent revenue from reaching all parties.

To some extent iTunes has laid the foundation for this. Digital distribution. Selling content without retailers. Yes, games are different from music but the methodology is what’s important here.

Publishers flock to services like Steam and GameTap and other digital distribution services. Digital Distribution means you don’t need to worry about the costs in manufacturing and distributing physical product. You can sell your product more cheaply as a result – making it more attractive to the consumer without necessarily affecting your profit margin. Furthermore, for the most part, piracy will be reduced significantly as the delivery system is tightly controlled. Of course, piracy still occurs but it will not be as rampant (or convenient) as the type that comes from traditional methods of distribution. A few middle-men are eliminated meaning the publisher sees more of the revenue from the sale return to them as they don’t have to pay a percentage to a retailer or others involved in managing the distribution and sale of the product. On top of that, digital distribution will offer rapid sales analysis – not exciting for a consumer but crucial if you’re trying to run a profitable business with products that cost millions to produce.

Consoles are drifting more and more towards digital delivery. The Wii has Virtual Console. The DSi has it’s own apps. You can purchase small games and additional content for your 360 and PS3. Both those consoles are also expanding their library of full ‘retail’ products you can now own digitally.

Which takes me to the PSPgo. A handheld that snubs the retailer by being a device that only supports digital distribution.

Predictably, retailers have had a sulk and some have refused to stock the product. Which is fair enough – if you’re not going to be able to profit from it then why give up profitable space stocking it (a similar principle can be applied as to why PS2 back compatibility won’t be coming to PS3 whilst the PS2 remains on the market). Retailers are doing this and, again, claiming that it’s in the interest of the consumer. The PSPgo’s retail price is notably high. Why? Well, the retailers want their chunk of revenue for selling it so the retail price has to accomodate that.

Retailers are not going to support the PSPgo. Not simply because they can’t sell games for it but, more importantly, they can’t sell second-hand games for it. They can’t run their profitable little practice and keep all the money to themselves with this product because the product doesn’t work that way. Coincidence? I think not.

Do Sony need to have as many PSPgo’s in consumer’s hands as earlier iterations of the PSP? No. But the methodology as far as software sales is different from those earlier machines. Every software sale on a PSPgo is significantly more profitable because there’s no middle-men for Sony to contend with. Sony will play with the consumer pricing of the software for a while until they find a level that balances consumer appeal with profit margins. Consumers are expecting the PSPgo digital software to be cheaper than boxed product and it will be. How much cheaper? I don’t know. I don’t know how much wiggle-room for pricing that Sony have.. ..but you’re not going to sell at your lowest price on day one are you?

So I’m expecting to hear a lot of flak from retailers on stuff like competitive pricing by supermarkets or on products that exclude them altogether like the PSPgo. Their rhetoric is designed to make them sound like a victim but that’s just melodrama. Those links higher up in this post show you just how quick retailers are to exploit a situation to suit them and just how quickly they’ll cry if they don’t get things their own way.

I think we’re going to be seeing a lot of upset retailers in the future. And, to some degree, it serves them right for biting the hand that fed them.