You know, my recent posts have been focusing on the past. So for a mild change of pace, I thought I’d tell you what I was playing in the present. I understand that your very lives revolve around the minutiae of my gaming preferences and I feel a responsibility to keep you fed on the digital plankton of my life. Aren’t I nice?

Having purchased one only last week, it’s understandable that I’m spending a good amount of my gaming time with my 360. I got a pretty reasonable deal on a machine – Play.com (no, I won’t link to the site because it’s lethal and sucks money from your wallet. I’m doing you a favour. Trust me.) were selling 360 Premium + PES6 + Gears of War + Crackdown for a smidge under 300 notes. Now, three games is roughly £120 which means the hardware matches Wii prices. Just soak that fact up for a moment or two.

Anyway, the goods turned up nice and promptly and after setting up and recovering my underused gamertag I was ready to check out Gears of War. As you may have read, that’s all behind me now but I’ve spent plenty of time using the controller and tended to find (on Gears at least) that the fourth and fifth fingers on my left hand tend to get uncomfortable after a while of constant aiming. Right now, I’m playing a game that uses the surface buttons a fair bit and, frankly, they’re pretty harsh on the thumbs – just like the original Xbox’s were. None of this is the end of the world, but I had heard a lot from people who claimed they found the controller to be the most comfortable ever and, for me, I’ve quickly found that to not be the case. And whilst wireless is nice, I’m not relishing dealing with replacing or recharging batteries all the time. Then again, my games room isn’t so big so wires were never a problem for me in the first place.

So, with a chunk of Gears behind me (yes, I will be playing again so as to unlock gamerpoints) I move on to the next game: Crackdown.

At the time of writing this post I’ve probably been playing it for about a week. An hour or two in the evenings and then pretty much all weekend. After my alarming addiction to GTA:SA I’ve realised I’m an absolute sucker for a moderately decent sandbox city style game. I’ve dipped my toe into the waters of Yakuza, Bully, Just Cause and Scarface but not made much progress in any of them. Crackdown, however, has my full attention and I’m really really enjoying it.

Firstly, there’s some things I really *don’t* like about it. The lack of narrative that the aforementioned games have is pretty absent in this game. It’s just you with a variety of goals but nothing linking yourself between each one. This isn’t a fatal omission but it is noticeable by its absence. Having said that, the voiceover guy who remarks on your actions and sends you bulletins hits the perfect pitch and delivers a sort of black-humoured Omni Consumer Products tone to events. 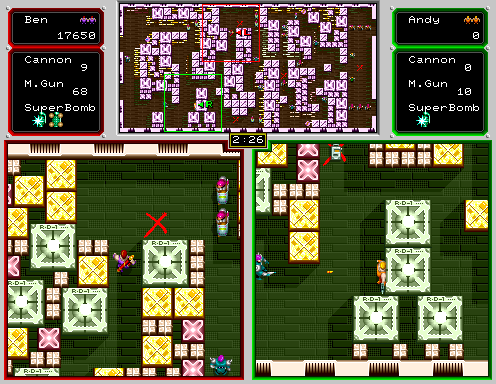 What do you mean "It's the wrong screenshot"?

I’m enjoying the core game and the nature of the achievements so much that I intend to hunt down the stunts, car and rooftop races. However, this are needlessly fiddly to find and it’s not instantly clear which you’ve competed in or beaten and which you haven’t. Sure, you can review the in-game achievements list but a different colour marker or some sort of simple “WON/COMPLETED” flag would save some confusion. This is a device that the game uses to identify weapons dropped by gang members and their status as to whether these are in the Agency Supply points or not (and therefore whether it’s worth grabbing one and delivering it) – it seems odd that this thinking wasn’t extended.

Also, I really don’t get the character design. I once worked on a racing game where you had lots of over-the-top characters to choose from. Reviews questioned the choice of character design stating that none of them were appealing looking characters and they all looked twisted in an un-humourous way. I totally saw their point but was too used to the characters by that time to be objective on it. Crackdown, although no way near as severe, has a similar issue. It may only be from the neck up, but the character designs leave me cold. Dunno why, but there’s nothing there that makes me think I’d enjoy playing as that sort of character. From the neck down though, it’s cool. Liking the body design and love that exaggerated jumping animation with the flailing arms and legs. I also really like how the ground cracks when you land from a massive jump.

In fact, the whole jumping thing is great. I really like that the game isn’t played solely from the ground level like so many of these games tend to be. The fact that scaling heights and leaping across rooftops is integral to the game is really fun and I love doing impossibly long jumps from one rooftop to the other. However, it’s a real shame this isn’t exploited in your objectives as most of the kingpins seems to be based in one location and not really make use of their environment. I’m reminded of GTA and mission where you’d chase people on foot or in car or even both in some of the later missions. Maybe this happens later on in the game, I’ve only beaten the first of three gangs so, perhaps, the game will get more cunning rather than just harder through firepower.

So, yeah, Crackdown is dominating my time right now. There’s nothing I’m really doing on the PC gaming-wise – DRoD is, of course, a constant distraction but that’s a given.

My PS2 has taken a well-earned rest for a while. I’m determined to get back into Final Fantasy 12 at some point but then, I’ve got Oblivion and Tiger Woods ’07 incoming on the 360 not to mention a U.S. import of Rogue Galaxy to get started. Rogue Galaxy looks to be the favourite here.

DS is going through a puzzle phase. Whilst puzzle games are nice and all, I’m waiting for something that looks a little more varied. I’m not a fan of Pokemon so, please, don’t suggest it. My DS time is usually spent on the bus and just before lights-out at Chateaux Koffdrop with time spent equally on Slitherlink, Puzzle Quest, Phoenix Wright 1 (getting bored with all that reading!) and Picross. I might talk about those later, I might not. I have to say, I saw trailer 9 for FF12 Revenant Wings on DS and it smells very strongly of Final Fantasy Tactics which, to me, is a good thing. It’ll be a while before a western release though.

Well, that’s it for this lengthy installment. Don’t be shy – especially if you’ve got Tiger Woods on 360, I’ll give you a pasting once my copy arrives!