Before you accuse one person or company of copying another – make sure you know who had the idea in the first place.

PREDICTION: As Ubisoft announce their plans to launch Dogz on to the GBA it’s clear that they’re capitalizing on the immense popularity of the DS’s Nintendogs. Nintendo loyalists across the globe will berate the cheap tactics of Ubisoft and their blatant disregard for Nintendo innovation.

It is worth remembering, of course, that were it not for the original Dogz games produced on PCs and consoles over a decade ago it’s very very unlikely Nintendogs would ever have been thought up in the first place. And yes, the Dogz games pre-date Tamagotchi and Pokemon too. In fact, the first instance of a virtual pet was in the mid 1980’s with Activision and David Crane’s seminal Little Computer People: 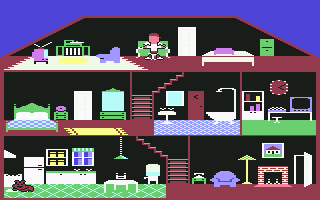 Understandably, Nintendogs is appearing on the newest hardware with the most innovative of controls (assuming you never used Dogz on a pocket PC in the last 10 years) and will obviously look prettier than the original concepts of the design from decades past. So remember the usual N-tard blinkered yelp of “Well, all company X does is nick ideas and make them look pretty on newer hardware” when they attempt to hide their ignorance and bias.

I sincerely hope every gamer in the world proves my prediction wrong. 🙂